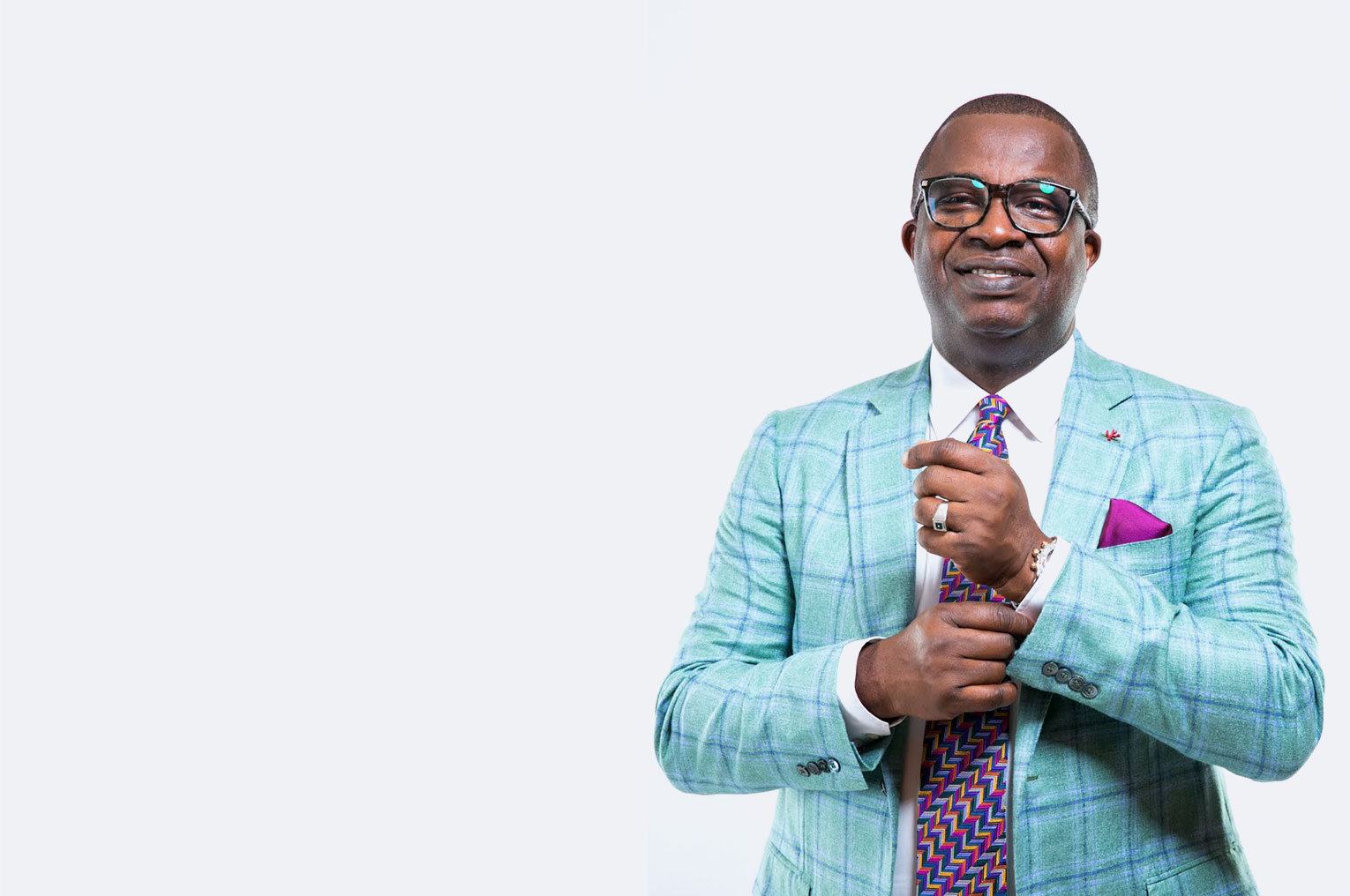 In the past couple of weeks, we have been discussing the challenge of male factor infertility and due to popular demand we are continuing the discussion of treatment this week. All over the world, male infertility appears to beon the rampage, and Nigeria is not left out. We used to think the problem was mainly genetic in nature, but studies have shown otherwise. There are no specific figures for Nigeria, but in Europe, an average of 1 in 18 men have low sperm counts andthe number of men that are affected is increasing. However in Nigeria we are seeing more men who are having bad sperm, abnormal sperm, and weak sperm.

Clinical records show that in Nigeria, 25 percent of couples are infertile, half of the causes due to male factor issues. More than 90 percent of male infertility cases are due to low sperm counts, poor sperm quality, or both. In 30-40 percent of cases of sperm abnormalities, the cause is unknown, nutrition is suspected and it may be the end result of one or a combination of factors that include chronic illness, malnutrition, genetic defects, structural abnormalities, and environmental factors. Partial obstruction in the long passages through which sperm passes can also reduce sperm counts.

Environmental factors and lifestyle factors are more responsible for the downward trend of sperm counts globally. There are many things in the environment causing what is described as oestrogenisation of men. Things such as paint, heavy metal poisoning (such as lead, mercury, antimony, etc), exposure to petroland even insecticides can affect sperm health. People working in the fuel stations and thosewith unhealthy habits like smoking are known to suffer from low sperm counts.

Sperm motility is the sperm’s ability to move. If movement is slow, not in a straight line, or both, the sperm will have difficulty fertilizing an egg because it would not be able to invade the cervical mucous or penetrate the hard outer shell of the egg. To stand a good chance of impregnating a woman naturally, a man must have sperm count of at least 15 million and in addition have sperm motility (movement) of more than 60 percent. Below 30 percent sperm motility is undesirable. Also, a man is most likely to be fertile when more than 12 percent of the sperm has a normal shape and structure. He is least likely to be fertile when fewer than 9 percent of the sperms have normal appearance. The morphology or the shape and structure of the sperm, issometimes considered more important than thesperm count or sperm motility in determining potential fertility. An abnormally shaped sperm cannot fertilize an egg. At least 60 percent of the sperm should be normal in size and shape for adequate fertility. The perfect structure ofhealthy sperm is an oval head and long tail. Abnormally shaped sperm may include a number of variations ranging from a very large round head, an extremely small pinpoint head, a tapered head, a crooked head, two heads and a tail with kinks and curls. Essentially, quality of sperm is determined by its motility and its morphology. The quality of the sperm is often more significant than the count of the sperm.

Thankfully there is hope for couples faced with the challenge of male-factor infertility that is attributable to low sperm count and poor sperm motility. Such couples can benefitfrom a procedure known as Intra-Cytosplasmic Morphologically-Selected Sperm Injection (IMSI).

The major indication for IMSI is men with very bad sperm parameters. Sperms are too small to be seen with the eye and it is only the explorationof sperm parameters at very high magnification that shows the defects in sperm heads, shapes and sizes. This exposes sperm abnormalities that cannot be seen in conventional microscopes that is used for normal laboratory investigation.

During IMSI, using micro-injection, the embryologist ensures only the best morphologically selected sperms are micro-injected into the eggs, andthisusually leads to higher pregnancy success. Both IMSI and ICSI boost the chances of men with the problem of low sperm count and low sperm motility sothat they can become the biological fathers, however IMSI is more sensitive and more effective and provides a good correlation between test results, pregnancy rates, and fertilisation in vitro for the individual patient and it is particularly helpful for couples with repeated failed IVF-attempts, to men whose sperm count is low, or men with large number of abnormal or immobile sperms.

The primary essence of IMSI is to meet the growing proportion of men that need help in this direction.

Howit achieves this is quite unique. First it enables embryologists to sort bad sperms from good sperms after which the good sperms are selected and then directly injected into the woman’s egg in order to successfully achieve fertisationand subsequently pregnancy.

In ICSI the sperm is magnified 200-400 times, but in IMSI, the sperm is magnified 6,000-7,000 times, so one is seeing the sperm completely and is able to select the good ones from the bad ones. ICSI requires only a single sperm to be injected into each egg and is considered by many to be the greatest advance in the treatment of infertile males. In theory, it can help a man that can produce only a single sperm, and the sperm does not even need to be able to move or to be fully mature. ICSI can be used to help men who have total blockage between the testes and the penis; ICSI makes it possible for sperm to be sucked directly from the blocked tubing or from the testicles.If a man produces too few sperms, the sperms may be retrieved through ICSI for IVF, or in cases where very few sperm shows adequate movement. However, the major challenge in ICSI has always been to ensure that the selected sperm does not have a morphological defect, and this is exactly what IMSI successfully achieves.

ICSI and IMSI require considerable training and experience as it is very easy to damage the egg.The reason for carrying out IMSI is crucial. Sperms carry half the genetic material necessary to make a complete human being while the eggs hold the other half genetic material. We know that all sperms are not the same and you cannot tell good sperms from bad sperms by just looking at them physically except you examine their structure and motility.

With IMSI, only those sperms with the best morphology or structure are selected for the assisted reproduction process that is carried using a high resolution microscope that allows exploration at several thousand times magnification. A study in Rome once showed that success rate with IMSI is quite better than with ICSI.

Actually, IMSI was first developed in 2004 by a gentleman in Israel and as explained, what it involves is just to use higher magnification to pick the sperm that is injected into the eggs andit produces better embryos, higher blastocyst rates, increased pregnancy rates and reduced abortion rates in pregnancies thatare effected by men with bad sperm parameters.

Nordica Fertility Centre, Lagos, pioneered this technique in West Africa several years ago and it has been successfully doubling the chances of men with the problem of abnormally low sperm count and poor sperm motility toimpregnate their wives and become biologicalfathersof their children.

It is no secret that every man wants to know what a “normal” sperm count is, especially when only one “good” sperm is needed to fertilise an egg. So for men who have been wondering if they can have their own biological children and how they can achieve such feat, IMSI is a dream come true

In general, the results of the treatment of male infertility using IMSI and ICSI outstrip the results from all other treatments by IVF. In fact in the UK, the HFEA (Human Fertility and Embryology Authority) claim that the success rates are now so close to those achieved using ‘natural’ fertilisation in routine IVF that they do not report the results separately. However, IMSI remains a better choice for men with extreme poor sperm parameters 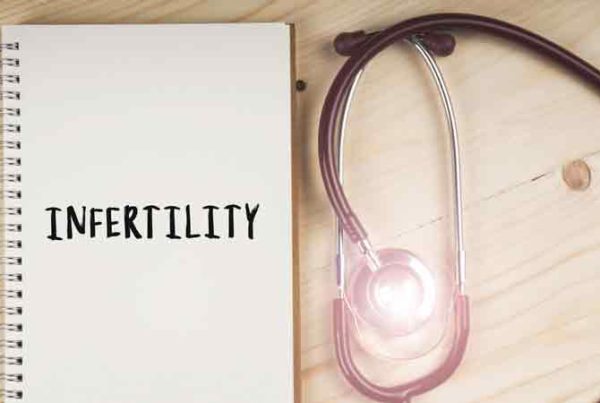