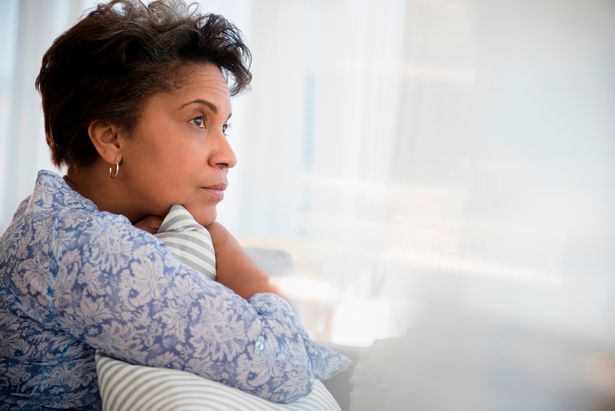 Menopause Not Cure For Endometriosis

Menopause signals the end of a woman’s reproductive life so it’s normal to expect that when you stop having periods, chronic conditions of your female reproductive organs will also go away. But that isn’t necessarily so. Endometriosis symptoms may subside after menopause, but this is not the rule of the thumb.

When your periods stop, symptoms of the common female reproductive conditions like endometriosis, fibroids and Polycystic Ovarian Syndrome (PCOS) might not change unexpectedly.

By now, regular readers know that when we are talking about endometriosis, what we mean is that tissue that is similar to the uterine lining is growing outside the uterus and like the tissue normally does inside the uterus, it builds up and then sheds each month.

When the endometrial tissue is outside of the uterus, it can’t exit through the vagina and gets trapped in the body, causing pain and inflammation, the formation of scar tissue, and bowel problems.

The endometrial tissue needs the female hormone called estrogen to grow but as a woman, when you are going through menopause naturally, your ovaries produce less estrogen or may even stop producing it altogether.

As a result, endometriosis symptoms may lessen or persist depending on your peculiar situation and the severity of your symptoms before menopause.

If you have been diagnosed with endometriosis and you’re taking hormone replacement therapy after menopause or after undergoing surgery, your symptoms may even be worse. But there is a glimmer of hope because mild endometriosis may potentially get better with menopause, but severe symptoms are likely to persist depending on how long you may have been having it and the severity of your symptoms before menopause.

So, the point here is that the effect of menopause on endometriosis is quite subjective. It is essential for every woman to accept that years of painful periods just won’t disappear in a flash, even with menopause.

Essentially, if the common symptoms of endometriosis continue after menopause and are affecting your quality of life, surgery is often the best option, and it is typically more effective than medication.
With endometriosis, getting pregnant is not a cure. This is a basic fact. Endometriosis can make it incredibly difficult to get pregnant in the first place. There are women who may get pregnant and find that pregnancy reduces their endometriosis pain, but the relief is often temporary because the endometriosis pain often returns after delivery.

A hysterectomy (surgical removal of the uterus) doesn’t help all the time either and is best considered a last resort if you are diagnosed with endometriosis. Such a radical measure is only recommended after you may have stopped childbearing.

For women that have undergone hysterectomy, while it may lessen the pain associated with endometriosis, it won’t definitely cure the pain caused by tissue that has grown outside of the uterus.

The unwanted tissue almost always grows back but hormonal treatment with contraceptive pills lessens the risk. Sometimes, it may be necessary to seek a second medical opinion.

As the hormones that trigger endometriosis drop sharply after menopause, it is expected that most women will experience lesser symptoms.

Among widely recommended treatments for endometriosis include surgery to remove the misplaced tissue and drugs that suppress or regulate menstruation. There may be some relief from dietary changes, for instance, avoiding red meat, caffeine, alcohol, and refined flour and sugar.

Other measures include acupuncture, massage, and relaxation techniques such as yoga or meditation. However, these are largely unproven approaches to treating endometriosis.
As earlier pointed out, even though endometriosis symptoms are most troublesome during the reproductive years, these symptoms don’t necessarily disappear once menstruation stops.
You could be among the appreciable number of women who experience fluctuating hormone levels in the years leading up to menopause that can cause erratic periods and heavier flow.
If you are, it helps to know that estrogen fuels the growth of endometriosis lesions, so dwindling estrogen levels at menopause should lessen the symptoms.

But menopause may not provide the required relief because even after periods have ceased, the ovaries continue to produce small amounts of estrogen, therefore, endometriosis may continue to be a source of trouble.

Women with severe endometriosis who’ve gotten no relief from various medical and surgical treatments often resort to hysterectomy—sometimes in their 30s or 40s, or even earlier. Most also have their ovaries removed, which results in “surgical menopause.” Even then, endometriosis may persist if remnants of ovarian tissue remain in the pelvis.

There is evidence that menopause may stop future endometrial tissue from becoming dislodged and causing lesions, but this still won’t do anything to diminish the pain caused by existing lesions. Such lesions will still need to be surgically removed by a surgeon, advisably through laparoscopy.

If menopause has been brought on by a hysterectomy, then many of the endometriosis lesions may have been removed when the uterus and ovaries were removed. However, there may be some lesions attached to other organs that will need to be addressed surgically.

Hysterectomy and oophorectomy (surgical removal of ovaries) do reduce the risk of ovarian cancer, but evidence suggests that removing the ovaries before age 65 may increase the risk of heart disease and osteoporosis (bone loss), which are far more common than ovarian cancer. This is one reason why ovary removal is not acceptable as a one-for-all measure and is best decided on a case-by-case basis.

It is usually agreed that women diagnosed with endometriosis who undergo surgical menopause should probably take hormone therapy until they naturally experience menopause to avoid the risks of osteoporosis and heart disease.

In some cases, it is best to wait three to nine months after surgery before starting hormone replacement, to give the endometriosis time to die out.

Some women with endometriosis have higher-than-average risk of autoimmune and related disorders. This only supports the theory that the immune system plays a role in endometriosis.

The cancer connection is also there. If you have endometriosis, ovarian cancer could be a risk, but lifetime risk is still low. The reasons are neither here nor there. But taking birth control pills for five years or more can cut ovarian cancer risk significantly.

Ovarian cancer can mimic endometriosis, with symptoms including abdominal pain, swelling, fatigue, back pain, and a frequent need to urinate. Women who have had endometriosis should be alert to this possibility, especially if symptoms recur after menopause when most ovarian cancers develop. Several reports also suggest an association between endometriosis and an increased risk for breast cancer, non-Hodgkin’s lymphoma, and melanoma.

If you have endometriosis, be sure to have annual checkups and any tests recommended by your clinician. Be aware that abdominal adhesions—a common result of repeated surgeries for endometriosis—can make colon cancer screening with sigmoidoscopy or colonoscopy more painful or difficult. Alert the physician performing the procedure; you may also want additional sedation and pain medication.

Studies suggest that genes play a role in the development of endometriosis and research identifies several gene variants that appear to be involved.
If you are a young woman (below 30) with endometriosis whose mother also has the disease, it is quite helpful to have someone close who understands your pain.

Too often, this pain has not been taken seriously enough. Endometriosis was once characterized as a disease of “career women” (meaning women who chose career over childbearing), and it’s still sometimes dismissed as “bad cramps.” Sometimes it’s difficult to diagnose because the symptoms can be vague.

But today greater awareness is leading to earlier diagnosis and treatment, and research holds the promise of a better understanding of endometriosis. You don’t have to wait till menopause sets in before seeking relief. 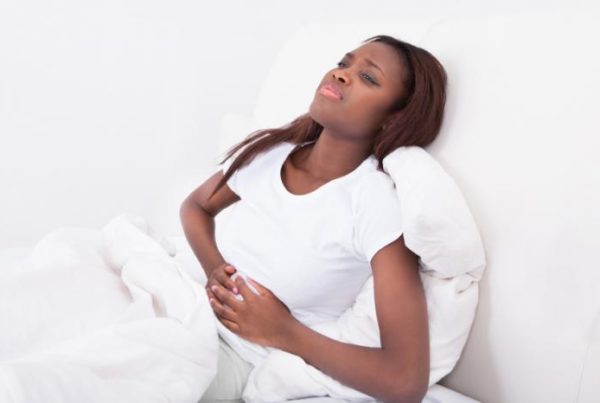 You Can Conceive If You Have Endometriosis, But