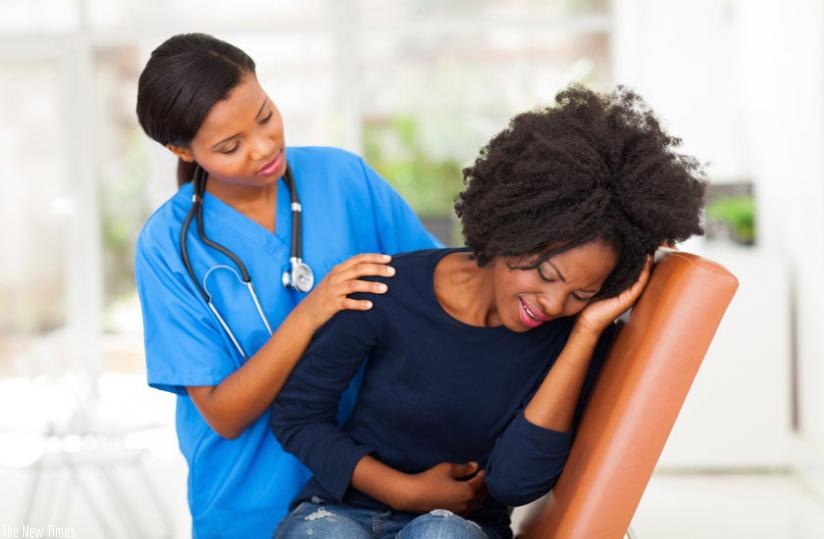 When you have a protruding abdomen and you’re not pregnant, you could be a suspect for uterine fibroids. These fibroids are found in 1 out of 5 women of reproductive age, but are more common among black women. The exact cause is unclear, but it may be a combination of genetic, hormonal, and environmental factors.

Many women develop uterine fibroids by the time they reach age 50 but fibroids are most common in women in their 40s and early 50s. It is true that not all women with fibroids have symptoms but there are chances that if you have symptoms you’ll often find the fibroids hard to live with.

As a woman it’s common to have more than one fibroid tumour but single fibroids are possible.

Fibroid growth is fuelled by estrogen and the fibroids will grow and shrink in response to your body’s hormone fluctuations.

Although fibroids do tend to disappear naturally after menopause, pre-menopausal women who are suffering with symptoms of uterine fibroids may need to be properly investigated. The symptoms include pain and heavy menstrual bleeding.

Should the fibroids get very large, they can cause the abdomen (stomach area) to enlarge, making a woman look pregnant. Whether or not the fibroids cause symptoms or require treatment depends on their location, size, and number.

There are factors that can increase your risk of developing fibroids. A major risk is age. Fibroids become more common as you age, especially during your 30s and 40s through menopause. After menopause, fibroids usually shrink.

Having a family member with fibroids increases your risk. If your mother had fibroids, your risk of having them is about three times higher than average.
Race also plays a role as black women are more likely to develop fibroids than white women. We know that an estimated 7 in 10 black women are affected.

Obesity and overweight are factors too. If you are overweight you are at higher risk for fibroids. For very heavy women, the risk is two to three times greater than average.
Eating a lot of red meat is linked with a higher risk of fibroids while eating plenty of green vegetables seems to protect women from developing fibroids.

Also if you bleed between menses, or experience continuous bleeding or heavy flow, with or without severe abdominal pain even when you’re not menstruating and have a hard mass in the abdomen or pains during sex, you could also be suspect.
Commonly, fibroids are found in or around the uterus but sometimes are in the cervix. The different types are described based on where they are found. Fibroids are rarely found outside the pelvic cavity.
Can fibroids decrease fertility? The answer is yes. Approximately 1 in 10 infertile women have fibroids. Uterine fibroids are common and can affect fertility in many ways. They can affect whether the sperm and egg meet or whether an embryo can implant and whether a pregnancy can continue, or can affect the growth and positioning of the baby.

The size and location of the fibroids determine how they affect you. Those that are inside the uterine cavity or are very large within the wall of the uterus are often significant. A fertility specialist can help assess if fibroids might be hampering conception.
I must point out if left untreated; your fibroids may or may not impinge on your fertility or overall health. Just because you have fibroids does not necessarily increase your chances of developing cancer of the reproductive organs. However, many women with fibroids will not necessarily be infertile but you and your partner should be thoroughly evaluated to find other problems with fertility before fibroids are treated.
It’s necessary to ask how fibroids cause infertility. There are several ways this happens. Changes in the shape of the cervix can affect the number of sperm that can enter the uterus. Similarly, changes in the shape of the uterus can interfere with the movement of the sperm or embryo.

Fallopian tubes can be blocked by fibroids. They can also distort the lining of the uterine cavity. In addition, the blood flow to the uterine cavity can be affected and this can decrease the ability of an embryo to stick (implant) to the uterine wall or to develop.
Fibroids are found in 1 in 10 pregnant women, but not all fibroids get larger or cause problems in pregnancy. If a fibroid grows, it usually does so in the first 12 weeks of pregnancy.
The biggest concern you should have about fibroids in pregnancy is whether the fibroids will increase the chance or preterm birth or miscarriage. In some cases, fibroids can outgrow their blood supply and cause severe pain. If this happens, hospitalization might be required.

Also, fibroids can change the baby’s position in the uterus and this can increase the risk for miscarriage, preterm delivery, and Cesarean Section. Essentially, how your fibroids are managed depends on your unique situation and your doctor’s recommendations.
If you conceive after having a fibroid removed, you should discuss this with the obstetrician who will deliver the baby because a Cesarean Section may be recommended.
Treatment of fibroids is decided on a case-by-case basis. It is based on the symptoms of fibroids and may improve overall fertility. How and whether you treat your fibroids depends on the severity of your symptoms and your doctor’s recommendations.
Delaying treatment especially surgery because of myths and misconceptions worsens the problem. A common myth is that the womb would be removed through hysterectomy (surgical removal of the uterus). However, there are several options that help preserve the uterus.

Successful fibroid removal surgery is possible through a procedure called myomectomy that allows the uterus to be left in place without losing function, and, for some women, makes pregnancy more likely than before. Myomectomy can also be done laparoscopically i.e. pinhole surgery.

Myomectomy is often the preferred fibroid treatment for women who want to become pregnant. While it is not clearly known what causes fibroids, it is believed that each tumour develops from an aberrant muscle cell in the uterus which multiplies rapidly because of the influence of estrogen.
Fibroids are widely misunderstood and a number of misconceptions that create confusion for women with fibroids have been cleared up over time, yet they persist.
Perhaps one of the commonest misconceptions is that every woman with fibroids will experience heavy menstrual bleeding and pain.
But it is estimated that between 50-80 percent of women with fibroids will experience no fibroid symptoms at all. Many women never even know that they have the condition and because fibroid tumours are almost always benign (non-cancerous), and those who aren’t experiencing symptoms may not seek treatment.
Diagnosis and treatment of fibroids is straightforward but often complicated by late presentation. However it is not every woman with fibroids that needs surgery, it has to be that this fibroid is causing you some problem.
Fibroids can determine if you will have normal delivery or undergo Cesarean Section because if the fibroids are in the lower segment of the uterus, you may be unlikely to put to bed naturally. 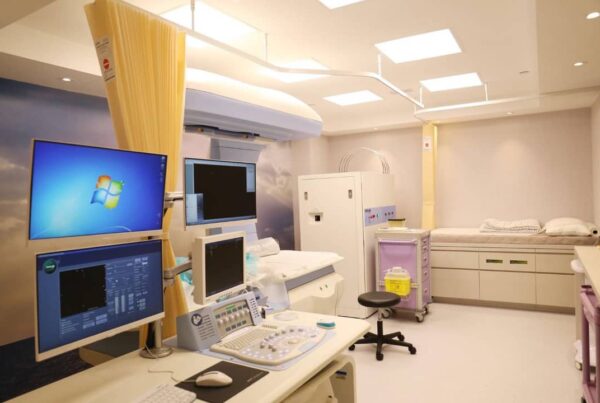