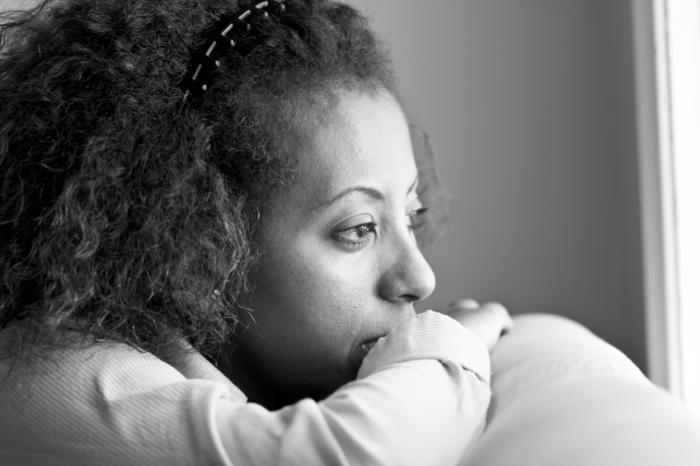 Should You Wait To Conceive After Miscarriage?

A miscarriage or the loss of a fetus before the 20th week of pregnancy is dreaded by every pregnant woman. But it happens for one reason or the other and its effects could be devastating.

As many as half of all pregnancies end in miscarriage — most often before a woman misses a menstrual period or even knows she is pregnant. About a quarter of recognized pregnancies will end in a miscarriage usually within the first three months or trimester of the pregnancy.

Most miscarriages happen when the unborn baby has fatal genetic problems. Usually, these problems are related or unrelated to the mother.

You have a higher risk of miscarriage if you are over age 35, diabetic and have had three or more miscarriages.

A miscarriage sometimes happens because there is a weakness of the cervix, called a cervical insufficiency, which means the cervix cannot hold the pregnancy. Such a miscarriage usually occurs in the second trimester.

There are usually few symptoms before a miscarriage caused by cervical insufficiency.

Usually, after suffering a miscarriage, it is natural that you want to conceive again as fast as possible, but how long should you wait after a miscarriage before attempting to conceive again? Some doctors would argue that there is an increased risk of miscarriage if you conceive too soon. Others believe that you need time to grieve the previous loss. Yet some others recommend waiting at least one menstrual cycle, to ensure that you have a normal period to utilize in the next pregnancy.

The fact, really, is that there is there’s no convincing evidence that it’s medically necessary for most women to wait for a specific or set period of time to conceive after a miscarriage.

If you became pregnant after a previous first-trimester miscarriage, the time between your pregnancies may not necessarily affect your risk of miscarrying again.

If you conceived less than three months after a miscarriage, your risk of complications could be comparable with women who had more time between pregnancies.

However, matters might be different if your miscarriage happened in the second, which is a much more uncommon circumstance. Generally, if you conceive less than six months after childbirth (preterm or full-term delivery of a baby) you are more likely to face a higher risk of complications in subsequent pregnancies. It is debatable whether the cause of the increased risk is the short spacing between pregnancies. It’s not certain that waiting is absolutely necessary after a late miscarriage or stillbirth either.

There is no universal answer that applies to everyone, however, there are specific factors that you can consider.

Most miscarriages occur due to chromosomal abnormalities that are outside your control. But if your miscarriage happened because of a medical condition such as polycystic ovary syndrome (PCOS), a thyroid problem, uncontrolled diabetes, an immunologic disorder, a uterine abnormality, or an incompetent cervix, or due to a modifiable risk factor such as smoking, drug use, or alcoholism, then you doctor may need to treat the underlying problem, if possible, before attempting to get pregnant again.

Get checked properly before you attempt to conceive again. Otherwise, there’s a chance that you may get a “false positive” result from a pregnancy test—in other words, a urine-based or blood-based test may tell you that you’re expecting when you’re not. And that experience can be an emotional roller coaster.

Sometimes it’s best to tarry a while. Discuss any concerns that you have with your doctor if you want to continue again right away and don’t be afraid to ask questions.

Once you’ve decided to try again after a miscarriage, the time it takes until you are pregnant again may feel like forever, even if you end up conceiving very soon. If you don’t conceive right away, the wait can be unbearable. Still, given that the odds of getting pregnant in any particular month is only about 25 percent to 30 percent﻿, even when you have sex during your fertile days, it’s not necessarily a sign that anything is wrong if it takes a little bit of time to conceive again.

If you’ve been trying to get pregnant again after a miscarriage without any success, don’t panic, don’t be discouraged, but you may want to speak with a fertility specialist or reproductive endocrinologist.

It is advisable to consult a fertility specialist if, for instance, you’re under 35 and have not conceived within a year of having regular, unprotected intercourse, whether or not you have conceived before.

If you’re over 35 and have not conceived within six months having regular, unprotected intercourse or perhaps you have had two to three consecutive miscarriages and you haven’t been tested for the known causes of these recurrent miscarriages, you should see your doctor who would refer you to a fertility specialist when necessary

This is not to say that you cannot check in with your doctor sooner if you are not conceiving and you have a specific concern.

If it took you a long time to conceive the pregnancy that you miscarried, it may also make sense to speak with a fertility specialist sooner rather than later why you may not be getting pregnant. These include problems with your partner’s sperm, blockage in your fallopian tubes, endometriosis, problems with ovulation and unexplained infertility.

The options for treating infertility are many and complex, but often, the first step is to stimulate the ovaries using fertility drugs, or injectable hormones.

With IVF, eggs and sperm are joined in a laboratory dish. Then, about three to five days after conception, fertilized eggs are transferred back to the uterus.

As with other forms of assisted reproductive technologies, IVF can also result in multifetal gestations. In an attempt to curb multifetal gestations, the Association for Reproductive Health (AFRH), revised their recommendations regarding the number of embryos that should be transferred to women younger than 35 years old with favorable prognoses. The new recommendations limit the number of embryos transferred to just two embryos.