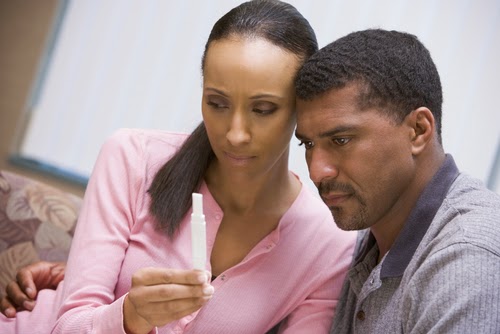 If you think you may be pregnant when your period is late, you are not alone.  Most women often think they are pregnant when they miss a period, but not every late period means you’re pregnant. This could be disappointing to learn if you’re trying to conceive.

You missed your period and you have taken a number of pregnancy tests, but all turn out negative, what could be the reason? There is a shortlist of possibilities why this may happen.

The explanation could be that you could be pregnant, but something is wrong. It could be that the tests are not working because your pregnancy hormones haven’t built up enough. Another possibility is that you aren’t pregnant and your period is late for some other reason.

While being pregnant is a possible reason for a missed period, there may be factors related to your health or lifestyle that are causing the delay. This experience can be emotionally challenging, but most of the time, it’ll resolve in a few days. You’ll either get your period, or you’ll take another test and discover you are pregnant. Other times, it may turn out that something is indeed wrong.

One of the most common reasons for a late period and a negative pregnancy test is that your period is simply off for the month, and you’re not pregnant. You may not know it, but experiencing a couple of irregular periods in a year is not unusual.

Other reasons may include ill-health, poor sleep and extreme stress. If the stress or illness came just before your ovulation, it could throw your entire cycle off. If you’re breastfeeding and your cycles have just restarted, you can expect your periods to be irregular for a while. This can make it difficult to know when your period is late.

By all means, under normal circumstances, pregnancy is the most common cause of a missed period, but there are exceptions. Pregnancy isn’t the only reason you may not get your cycles for an extended length of time.

Some possible causes for not getting a period in months include things like breastfeeding, a hormonal imbalance such as polycystic ovarian syndrome (PCOS), a side effects of a medication, some forms of birth control, being severely underweight, or overweight and excessive exercise.

During your typical menstrual cycle, each of your ovaries develops roughly five follicles, and those follicles compete to become the dominant ones that will release a mature egg at ovulation. If you have PCOS, you are likely to have additional follicles, which make this process take longer than usual. No released egg means no period.

Other PCOS symptoms include weight gain and increased levels of the testosterone-like hormone androgen, which can cause you to have thick hair growth on your face and breasts. But even without these symptoms, you can’t rule out PCOS.

Rule of thumb is that if your period is one to two weeks late, and you still are getting negative pregnancy tests, you should take a pregnancy blood test.  If your periods are frequently irregular, you need further investigation.

Also, if your cycles used to be regular but become irregular, or your periods are irregular for more than three months after stopping birth control, you should see your doctor because irregular cycles can be a risk factor for infertility.

Normally, most women have between 11 and 13 menstrual periods each year, but you may have more or fewer. A missed or irregular period must be viewed in terms of what is normal for you.

Try to remember when you first began to menstruate. You would have noticed that your periods were often irregular back then, and it probably took several years before the hormones that control menstruation reached a balance for you. Your menstrual periods also may be very irregular at the other end of your menstrual years. It is not uncommon to realize that you are approaching perimenopause or menopause when your otherwise regular periods become irregular. Menopause occurs when it has been 12 months since you had a menstrual period.

If you think you might be pregnant, treat yourself as if you are pregnant until you know for sure. You could try a home pregnancy test as a first step to finding out whether you are pregnant. If you are not pregnant, you would require investigation.

Several diseases such as irritable bowel syndrome, tuberculosis, liver disease, and diabetes can cause missed or irregular periods, although it is rare. If any of these diseases are present, you will usually have other symptoms besides menstrual irregularities.

However, if you’re 45 years or over and your period is late, it may be a signal that may be entering menopause. But don’t assume you can’t still become pregnant. If you have been on contraceptive pills, do not forget that birth control pills can affect your cycles.

Birth control pills are a common reason why periods may be late or absent. It’s not uncommon for the first few cycles to be slightly irregular when you are taking birth control. You can get pregnant in the very first month after stopping birth control, so do not just assume you can’t be pregnant.

Another possible cause for an off-cycle is fertility treatment, going through a treatment cycle such as an IVF, can also throw off your expected period date.

Depending on the cause for your missed menses, you could ovulate again at any time. Consequently, you could get pregnant, and not realize it since you won’t miss your long-lost period.

If you’ve skipped a period, try to relax. Restoring your life to emotional and physical balance can help. Many women miss periods now and then. Unless you are pregnant, chances are your cycle will return to normal next month. If your period is late and you are experiencing severe pain, contact your doctor immediately.