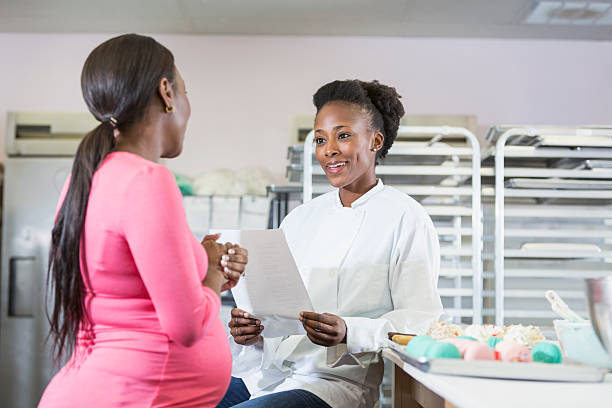 Juliana and Jane have been friends since high school and even though they had different personalities, they were the same age, shared the same physically attractive traits, sense of humour and could talk for hours about everything and anything.

Their friendship continued through college and after graduation they often got together to catch up and commiserate about boyfriends and plans to settle down. When Juliana got married, Jane was naturally her bridesmaid, and a few months later, walked down the aisle with Jane at her own wedding.

Not surprisingly, Jane was one of the first people who Juliana confided in when she found she was pregnant. She couldn’t have been more excited. Jane helped her pick out the items she needed for the oncoming birth.

When her daughter, Susan, was born, “Aunt” Jane doted on her and she never complained even when she was being used as a babysitter. Three years later, when Juliana gave birth to her second daughter, Christine, Jane was equally supportive.

At that point, it was an open secret that Jane and her husband were trying to conceive. As Juliana watched her friend laugh and play with her daughters, she couldn’t wait for Jane to have children of her own  so that they could go through parenthood together, just like they had so many other life milestones.

But instead, Jane’s journey to becoming a mother was a lot more arduous. She confided in Juliana that she and her husband were having fertility issues. Juliana supported her as she endured what seemed like endless examinations, injections, tests, and procedures. She always showed up to surprise her friend at her IVF appointments and offer moral support.

When Jane announced that she was finally pregnant, they both started jumping up and down like two young children who just found out they were going to Disney World. And then, when Jane miscarried at barely five weeks, Juliana sat next to her hospital bed and consoled her as she sobbed.

They both talked about everything and didn’t keep secrets from each other, until Juliana found out she was pregnant with her third child. The pregnancy had been a pleasant surprise for her and her husband. Even though they weren’t trying to conceive, they were thrilled to be adding to their family.

But Juliana couldn’t share her joy with Jane. She felt too guilty. How could she tell her wonderful friend that she was having another baby when she already had two and all that Jane desperately wanted was just one?

She thought It was reasonable to feel some feelings of guilt upon finding out that you are pregnant on your first attempt while your best friend has been trying for several years with no success. To her the guilt indicates empathic attunement towards someone’s painful struggles.

Juliana felt gluttonous — like she had taken more than her share of the children. Even though she hadn’t taken something away from her friend, it felt that way. As time passed, she wished that she  had been more open with Jane and told her the news when she passed her 12-week-mark.

But she didn’t. Both of them were busy, engrossed in other aspects of their lives and so hadn’t been able to catch up in person. Instead, they spoke on the phone, laughed and joked over all but one the one important issue of her 3rd pregnancy. Each time Juliana hung up without telling Jane, she felt like a liar.

Although her goal was to protect her friend, ultimately, Juliana’s failure to speak up sooner wasn’t the best option. She later understood that people who are having infertility issues do not want to be treated differently, because it adds to their experience of shame and defectiveness.

When she finally broke the news to Jane over the phone, Juliana was already six months along. The way she said it even lacked any eloquence. She just blurted it out and started crying.

It was Jane who ended up consoling her when it should have been the other way around. Jane wasn’t upset that her friend was pregnant. She was happy for her even though she probably felt sadness and a bit of envy. Indeed one emotion does not cancel out the other.

But Jane was really hurt that Juliana hadn’t confided in her sooner. Juliana’s desire to protect her friend had backfired because it insinuated that she knew what was best for her (Jane) more than she did. To say, ‘I know her so well, so I know how she is going to feel’ isn’t fair. Each person’s reaction will be highly individual.

Delaying the disclosure only made Jane feel more self-conscious and troubled that Juliana withheld this intimate information from her. In reality, it was much better to talk about the elephant in the room and to allow both parties to have their feelings.

This was exactly what Jane and Juliana did. Juliana apologized for waiting so long to tell her friend her big news, and Jane appreciated the intention to spare her feelings. From that point on, Juliana followed Jane’s lead. She  told her what was going on in her life, including the ups and downs, but being careful not going into excessive detail unless she asked.

They also continued to speak about Jane’s ongoing fertility struggles. Juliana listened more and talked less. She quickly learned that to lessen the pain of isolation for her friend who felt alone in the abyss of her suffering, their  shared experiences of common humanity and compassion must come into play.

Juliana stopped saying words  like, “I understand” or “I know” because she knew she did not. It’s tempting to want to offer solutions or wise phrases to give a friend hope, but infertility is different for everyone. She learned that it is much better to ask open-ended questions and just to let your friend know you are around to support them however they need. Ultimately their friendship survived because they were honest about their mixed emotions. Jane continued to be a great friend to Juliana and aunt to her three children.

One day, at the crack of dawn a few months later, Juliana was roused from sleep by a phone call. It was Jane. Sleepily, she picked the call and listened to her friend speaking excitedly on the phone, barely making out the words: ‘I wanted you to be the first to know. I’m two months pregnant. You are going to be an aunt. Congratulations.’

It took a few seconds for Jane’s message to register. When it did, Juliana’s scream woke up the entire house. You’re pregnant! Jane is pregnant! I’m going to be an aunt! She screamed repeatedly. The joy was indescribable. Almost seven months later, Juliana got her wish to become an aunt to Jane’s own beautiful daughter, Eve.

For Juliana, the lessons from the experience were obvious. Be honest always. Don’t hide your feelings or use deception. Let your friend know the truth, especially before she finds out from someone else. Tell her when you tell other people that you are pregnant.

Be a friend, not a doctor or a fortune-teller. It’s better to listen to your friend’s experience and concerns, not to give advice or platitudes. Share exact and appropriate details. Don’t paint an overly rosy picture but also avoid complaining about the minor aches and pains of a healthy pregnancy

When in doubt, ask. If you aren’t sure what to say to your friend, say so. Ask her how much she wants to hear and always respect her wishes. She learned that it’s great to be understanding. Invite your friend to your shower or baby naming, but also tell her you to understand if she does not want to attend. Put her feelings first. Never cut her off.

What You Should Know About Secondary Infertility

What You Should Know About Secondary Infertility