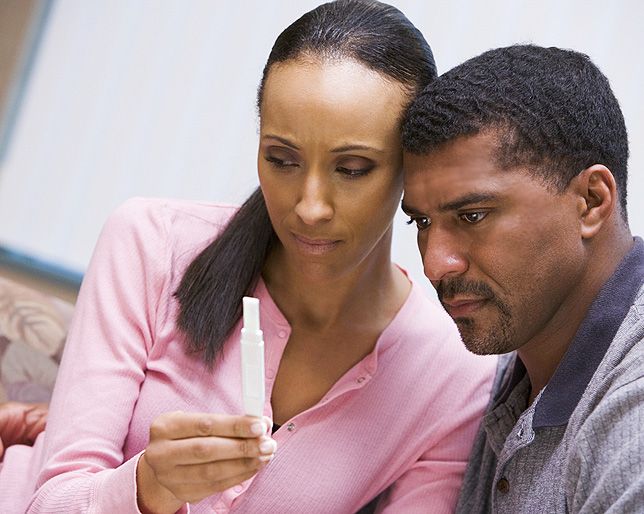 What You Should Know about Subfertility and Infertility

Most couples are able to conceive spontaneously within 12 months of having regular unprotected intercourse, but if you and your partner have been trying to conceive a baby and have not yet been able to, you, your partner, or both of you as a couple may be said to be subfertile.

Subfertility simply means that you, as a couple, are less fertile than other couples like you. It doesn’t mean you won’t get pregnant; it simply suggests that it may be more difficult based on the various measures used to assess your fertility.

You still have a chance of getting pregnant on your own, although it may take longer than others. For someone who is infertile, you need medical assistance to get pregnant and you’re unlikely to get pregnant without help.

The terms subfertility and infertility are often used interchangeably, but they aren’t the same. Subfertility is a delay in conceiving. Infertility is the inability to conceive naturally after one year of trying.

While an infertile person may have a very, very tiny chance of getting pregnant on their own, someone who is subfertile can get pregnant with or without medical assistance.

However, some couples who don’t conceive after a year are actually subfertile. That is to say, they will conceive on their own eventually—they just need more time. They don’t necessarily require fertility treatment. The longer a couple tries to get pregnant without success, the further down their odds for natural conception drop.

The causes of subfertility are essentially the same as those for infertility and can vary by partner. For women, causes may include ovulation problems and age-related factors. In men, a lower than average sperm count can be the issue. In some cases, the combined characteristics of the male and female partner can contribute to subfertility.

Many subfertile couples, however, will receive a diagnosis of unexplained infertility. This is a diagnosis of elimination. In other words, after basic fertility testing, everything looks fine in both the female and male partners. This doesn’t mean there isn’t a fertility problem—only that it isn’t obvious.

If a woman has blocked fallopian tubes, or a man has an extremely low or zero sperm count, then they are infertile and will require medical assistance to conceive. The main difference between couples that are subfertile and those that are infertile is in how the condition is treated. In subfertile couples, treatment may not be so immediate or aggressive, particularly in the early stage (depending on the age of the couple).

Instead, your specialist may opt for lifestyle changes and recommend fertility awareness methods to boost your odds of conceiving.

So in a nutshell, most of the causes of subfertility are the same as infertility. Trouble conceiving may be due to problems with male or female infertility, or a combination of both.

The most common cause of subfertility is a problem with ovulation. Without ovulation, an egg isn’t released to be fertilized.

Others include premature ovarian insufficiency (POI), or premature menopause, in which ovaries fail before the age of 40 due to either a medical condition or treatment, such as chemotherapy, hypothalamus and pituitary gland conditions, which interfere with the ability to produce the hormones needed to maintain normal ovarian function.

Blocked fallopian tubes prevent the egg from meeting the sperm. It can be caused by endometriosis, pelvic inflammatory disease (PID), scar tissue from a previous surgery, such as a surgery for ectopic pregnancy, a history of gonorrhea or chlamydia.

The uterus, or womb, is where your baby grows. Abnormalities or defects in the uterus can interfere with your ability to get pregnant. This can include congenital uterine conditions, which are present at birth, or an issue that develops later e.g. Scarring from fibroid surgery (myomectomy).

Abnormal sperm production or function can cause subfertility. This can be due to a number of conditions and factors. Problems with the delivery of sperm can make it difficult to conceive. Certain factors increase your risk for subfertility. Many of the risk factors are the same for male and female subfertility.

A fertility specialist can help diagnose the cause of subfertility by collecting the medical and sexual history of both partners and may perform a physical examination, including a pelvic exam for women and an examination of the genitals for men.

A fertility evaluation will also include a number of tests. Being subfertile rather than infertile means that it’s still possible to conceive naturally. So treatment for subfertility in a younger couple often focused on lifestyle changes and learning how to increase your chances of getting pregnant. Medical treatment will depend on the cause of subfertility or infertility. Treatment varies between males and females.

What You Should Know About Fibroids and Fertility

What You Should Know About Fibroids and Fertility