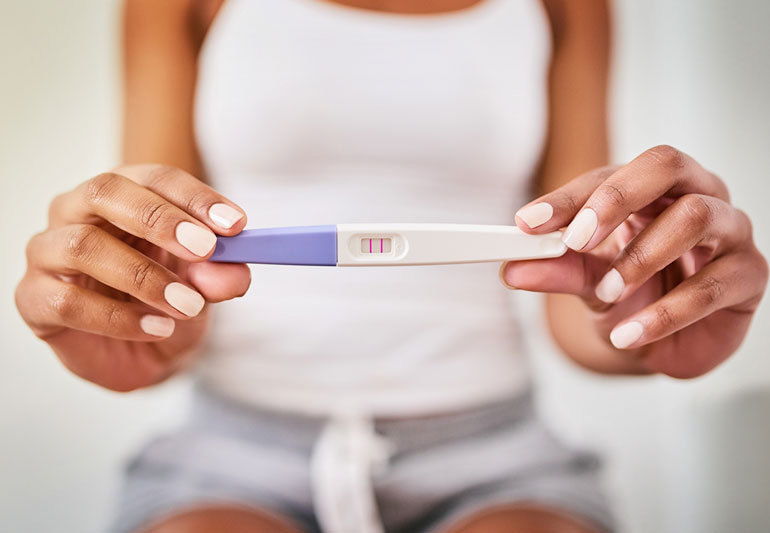 When is the best time for you to conceive during the month? Normally, your most fertile window spans a six-day interval comprising five days prior to ovulation plus your ovulation day, however, there could be exceptions.

When sex coincides with your most fertile ovulation days, you’ll increase your chances of getting pregnant, so it makes sense to get to understand your cycle so you can plan accordingly to make conception faster and easier.

Menstruation is the monthly shedding of the endometrium which is the inner membrane of the uterus. Menstruation lasts between three and seven days for most women.  Around day four, the ovaries will start preparing eggs for release.

Unless you ovulate very early, the average timing for ovulation is 14 days before the start of your period. You can track yours by using a basal body temperature chat or an ovulation predictor kit. There’s little chance of any sperm interacting with any eggs during this phase of your cycle.

In essence, your chances of conceiving during your period are almost zero, but it is not unheard of. It’s not detrimental to have intercourse, though. Chances of getting pregnant after your period are better. If you are having sex frequently, say 2-3 days apart, or every other day if you can, it covers your window of pre-ovulation.

Around day seven of your cycle, you’ll notice a vaginal discharge that seems a little springy to the touch. Within a few days, it will turn white and creamy; this is a cue that your fertility is returning once again. This is an indication that ovulation is on the way and that your cervical mucus is a friendly environment for sperm.

You can get pregnant right after your period, even if you’re not yet ovulating. This is because sperm can live up to five days in the cervical mucus. If you have sex just once during this phase, or 4-5 days before your ovulation, you can get pregnant. Your chances of conceiving are quite good at this stage. An egg isn’t technically released during this phase, but you’ll want to step up your sexual routine in the event that you ovulate earlier than planned.

The ovulation period is the prime time for conception. If you’re trying to get pregnant, learning to recognize the signs of ovulation can be a key factor in your success. Ovulation is the process by which your body releases one or more eggs from your ovary. If the egg is fertilized and successfully implants, you’re pregnant. But if you miss the fertilization window, you’re not likely to be pregnant.

Regardless of the length of menstruation, ovulation generally starts about 14 days before your next scheduled period. When it happens, your body temperature rises about half a degree (detected by a basal body thermometer)—but bear in mind that this also takes place after you’re already ovulating, which could be too late for conception.

Sperm can survive for some time in the reproductive tract, so it will be ready to meet the egg once it’s released during ovulation. Another good indication of fertility is a change in the consistency of your cervical mucus. If the consistency is thin and spreads easily between two fingers, you’re good to go.

Your chances of conceiving are high if you have sex within 36 hours of detecting a hormone surge. Any released eggs live no longer than 12 hours. In fact, it’s best if you meet with your partner within four to six hours of its release.

After ovulation, your chances of getting pregnant are lower. In this final portion of your cycle which lasts between 12 -16 days, your cervical mucus will dry up and create a plug to prevent any additional sperm from entering the uterus.

It takes about six days for any fertilized eggs to travel to your uterus. Once the egg has been released, there’s not much that can be done until next month. But there’s certainly no harm in having sex if you’re in the mood!

Don’t worry if it’s time for your cycle to start over again and you’re still not pregnant. You may not have tracked your most fertile days accurately. The vast majority of couples who are trying to conceive do so within a year, with only about half achieving their goal by six months. Talk to your doctor or a fertility specialist about any concerns regarding your chances of getting pregnant.