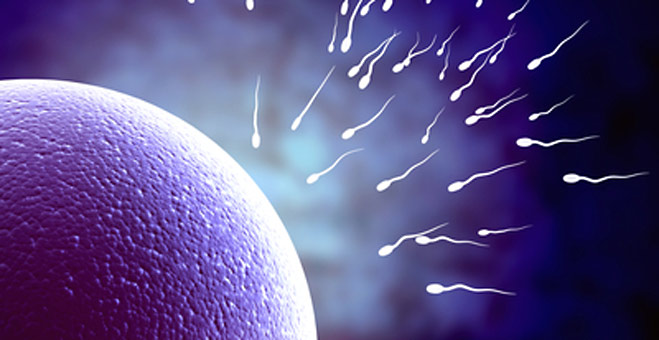 It takes a different amount of time for every woman to conceive. By now you should know that many women don’t get pregnant the first time they try. When you mention to friends and family that you’re “trying,” someone is most likely to say, “Just relax and it will happen” which is easier said than done.

Naturally, majority of women are going to get pregnant without difficulty and in a reasonable length of time. At the same time, one in four couples will have difficulty conceiving and you don’t want to keep going too long before you seek help.

True, some women get pregnant easier than others, and you may think the best thing to do is to take time off work to ease stress, but even that doesn’t help, because it could make you feel you have to get pregnant in that time and the stress to get pregnant becomes even higher.

Before you were married, you may have gotten the impression from sex education class that getting pregnant is almost too easy. One time in bed, one romp under the sheets and that’s it, you’ll be expecting soon, but you may be surprised when you don’t conceive instantly. The truth is that few couples get pregnant the first month they try. It’s completely normal to take up to six months to get pregnant. Some couples take up to a year to conceive, and that’s also within the realm of normal.

For successful conception, the little things matter. For instance you must understand your body and its peculiarities. A woman’s cycle is 28 days on average and ovulation occurs at the midpoint, on day 14. You might ovulate on day 14 of your cycle, and you might not. If you are healthy with good fertility, you can have a cycle as short as 21 days or as long as 35 days, and all can be considered fine. The day of your ovulation could shift earlier or later depending on how long your cycle is.

Many women do not understand their own cycles and it is not always their own fault. You were probably taught the typical 28-day cycle when you were much younger, but it is important to know that every woman is different and that menstrual cycles vary in length.

You’ll have better luck conceiving if you monitor your ovulation and start having sex at the right time. Also, know about sperm life—they can live for about three days in the cervix, so you don’t have to have sex on the day of ovulation, it could be the day before.

Ovulation is essential to getting pregnant, but it takes more than just an egg to conceive. For instance, the pathway to the egg must be clear. It’s also important to know that infertility doesn’t always have obvious symptoms. Some fertility problems (in both men and women) are not detectable without fertility testing. It’s not possible to tell without lab testing if a man’s ejaculate has enough sperm cells to be fertile. There may be no obvious signs if the fallopian tubes are blocked. Ovulation is just one piece of the fertility puzzle.

Age is one factor and state of health is another. If you are aged 25 to 35 years and you are having regular unprotected sex, you have about a 20 percent chance of getting pregnant each cycle. After celebrating your 35th birthday, your odds go down steadily and by the time you are 40, you have only about an eight percent chance of getting pregnant each month. Beyond 40, your chances drop even lower.

But you can never say a woman at 45 isn’t going to get pregnant on her own, even if her chances are two percent. In most instances when it comes to conceiving, the past is not a predictor of the future.

It isn’t true that your ovaries take turns to release an egg each month. Ovulation can switch from side to side, but it doesn’t have to. It’s common to tend to ovulate more often on one side than the other, it could be your left ovary or your right ovary; it depends on a number of factors. This is also why you may notice you get ovulation pain on one side more frequently than the other.

Some women mistakenly believe that if they are still on their period, they aren’t yet in the fertile window, which is the time period of five to six days when it’s possible to get pregnant. But if your cycle is short, and you ovulate on day 7 or day 8, you can conceive from sex on your period.

Menstruation will not “wash out” any sperm along with period blood so periods won’t stop sperm from swimming up to your reproductive system.

If you want to get pregnant, you need to have sex before you ovulate, not after. Ideally, sex in the two days before ovulation is most likely to help you conceive. This is a common misunderstanding, and it’s easy to see how. It seems to make sense that the egg needs to be present first, before the sperm. However, that’s not how it works.

First of all, sperm can survive in the female reproductive tract for up to five days. The sperm will die off as the days pass, so the closer to ovulation you have sex, the better. The sperms don’t need to get there at the moment of ovulation.

Secondly, and perhaps most importantly, the egg becomes nonviable very quickly. If a sperm cell doesn’t fertilize the egg within 12 to 24 hours of being released from the ovary, pregnancy can’t occur. When you take into consideration this short viability window, you will understand why sex after ovulation could be too late.

Sex every other day, or sex during your most fertile days, is all you need to conceive. In fact, if you had sex three times a week, you’d also be likely to hit your most fertile time. The reason why more sex doesn’t necessarily mean you’ll get pregnant faster is because conception is about much more than timing than about frequency.

There are a variety of physiological factors that impact whether you get pregnant in any given month. If timing were all it took, people would conceive the first month they tried every time.

The sexual position is another issue. Any sexual position that results in the ejaculate getting near the cervix can lead to pregnancy. Even if ejaculate gets near the vaginal opening, pregnancy can occur. The so-called “missionary position” of man on top, woman on bottom, is assumed to be the best position for conception. However, there’s no evidence that you’re more likely to get pregnant having sex this way.

When You Are Trying to Conceive

When You Are Trying to Conceive